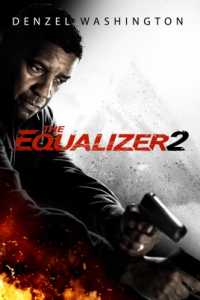 Denzel Washington has amassed more than 50 acting credits in four decades in the business. Antoine Fuqua has been a director for 20 years. Neither has ever done a sequel. Until now.

“The Equalizer 2″ broke the all-originals, all-the-time streak for both men, who’ve collaborated on three previous films, including Washington’s Oscar-winning “Training Day.” And to see this brooding, effective, violent, action melodrama is to understand why.

It starts with the character Washington plays and what the actor brings to it, but it extends to the nature of the plot and story created by the veteran Richard Wenk, who also wrote the first “Equalizer” inspired by the 1980s TV show.

Robert McCall (Washington) presents himself to all and sundry as a modest, cap-wearing Boston Lyft driver given to solitude and the reading of books, with authors such as Ta-Nehisi Coates and Marcel Proust getting pride of place. But the reality of his life is considerably different.

A onetime shadowy government agent with unmatched combat skills, McCall has taken advantage of the fact that his former bosses think he’s dead to do a very particular kind of good in the world.

The loneliest and deadliest of lone wolf vigilantes, McCall is an avenger who hides his lethal abilities under that bookworm demeanor, someone who doesn’t want to be thanked or even known for the wrongs he’s righted. When someone uses the phrase “the wrath of God,” they might as well be talking about him.

Indisputably one of America’s best actors, Washington clearly enjoyed playing this character in the first “Equalizer,” but it’s a mark of his dedication to craft that he’s not been content with leaving well enough alone.