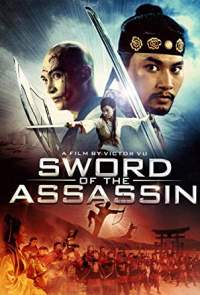 Adapted from a popular novel Bức Huyết Thư by Bùi Anh Tấn, based on the life of Nguyễn Anh Vũ, a Royal court officer during the era of Emperor Lê Thánh Tông. The film begins with a young boy arriving at the shore of a remote monastery. The boy grows up under the care and martial arts tutelage of the lone monk who cares for the temple.

Twelve years later, Nguyen Vu discovers his true identity, that he is the lone descendant of the nobleman Nguyễn Trãi, who was beheaded, along with the rest of his family, when he was implicated in the death of the King.

Two eunuchs from the Royal Court learn the truth and when they try to escape are hunted down. One of the eunuchs writes his testimony in blood before he dies and this Blood Letter disappears. Nguyen Vu then embarks on a quest to find this letter so that he may clear his grandfather’s name. Along the way he meets two sisters who are also on a quest to carry out vengeance against the Royal Court.