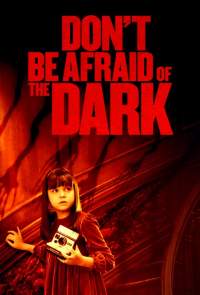 At Blackwood Manor in Providence County, Rhode Island in the 19th century, renowned wildlife painter Lord Blackwood summons his housekeeper to the basement where he reluctantly bludgeons her to death. He removes her teeth, as well as his own, and offers them to mysterious creatures inside an ash pit within an old fireplace; the creatures reject his offer and demand only the teeth of children. Blackwood begs for them to give back his kidnapped son, only to be dragged in by the creatures.

In present day, 8-year old Sally Hurst arrives in Rhode Island to live with her father Alex and his girlfriend Kim, both restoring Blackwood Manor to put it on the market for their client. Sally is depressed due to her mother forcefully putting her in Alex’s care and giving her copious amounts of Adderall. The creatures are awakened by a tune from the nightlight. The next day, Sally hears the creatures calling her name and follows the voices to a sealed fireplace. “BE AFRAID” is written in runes above it.

She opens the fireplace and finds one of the old housekeeper’s teeth. The creatures prove to be hostile, stealing Alex’s razor and shredding Kim’s clothes. Alex blames Sally and finds a 19th-century silver coin in her possession, which she found under her pillow after the tooth disappeared. Sally sneaks to the basement to talk with the creatures, but Mr. Harris, one of the workers, sends her away and tries to seal the fireplace. The creatures brutally wound him and he is hospitalized.